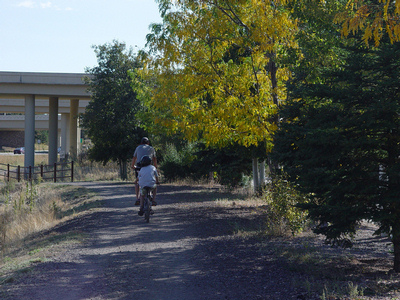 Detailed trails plans for various areas in the city:

The FUTS Trail Priorities report (PDF) is a summary of the comprehensive, systematic, and public process used to set priorities for construction of future FUTS trail segments. The priority rankings are used to determine which trails the City builds first; the highest priority trails are programmed in the City's five-year capital plan, which in turn is used to determine annual budget requests and grant funding applications.

The Final Report of the Flagstaff Urban Trails Committee (PDF), dated March of 1988, formulates the concept of an urban trails system and serves as its first plan. The report recommends construction of three trails, totaling 3.2 miles, as part of Phase I. Almost 22 years later, the first sentence of the report is prophetic, there exists a great potential to enhance the recreational opportunities and alternative transportation options for Flagstaff citizens and visitors.