Green Bike Lanes are colored pavement markings placed through an intersection, acting as a supplement to the white dashed bike lane extensions. The purpose of the Green Bike Lane is to draw the attention of the motorist to the bicyclist, in turn, avoiding vehicle/bicycle collisions in high conflict areas. 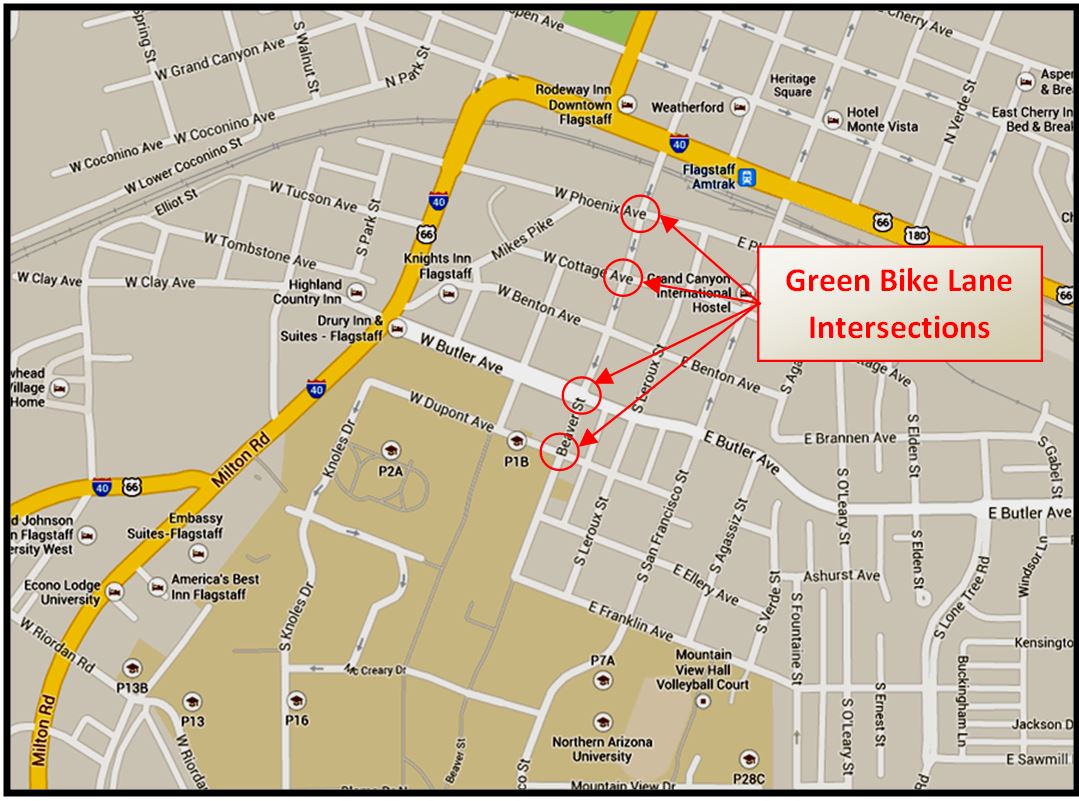 For additional information on the material used for the Green Bike Lanes check out the TRANSPO product sheet (PDF).