Thank You, Flagstaff, For Approving Proposition 441!

Proposition 441 passed with 76% of votes in favor of issuing general obligation (GO) bonds to invest in stormwater flood mitigation, wastewater treatment infrastructure, and wildfire suppression projects. The funds provided from the GO bonds will help get us started on a number of stormwater infrastructure improvement projects, but we still need help crossing the finish line.

In addition to GO bonds, the City of Flagstaff is proposing amendments to the City Code to adopt new or increased fees related to stormwater service charges to help fund capital improvement projects. Below are resources that provide information about the proposed rate changes, which will be discussed at the January 31, 2023, City Council meeting. Customers are encouraged to send comments and questions to flagwater@flagstaffaz.gov.

What Does the Rate Increase Pay For?

Funding from bonds, grants, stormwater rates, and the City's capital budget combine to help prepare Flagstaff for future flood events through projects like: 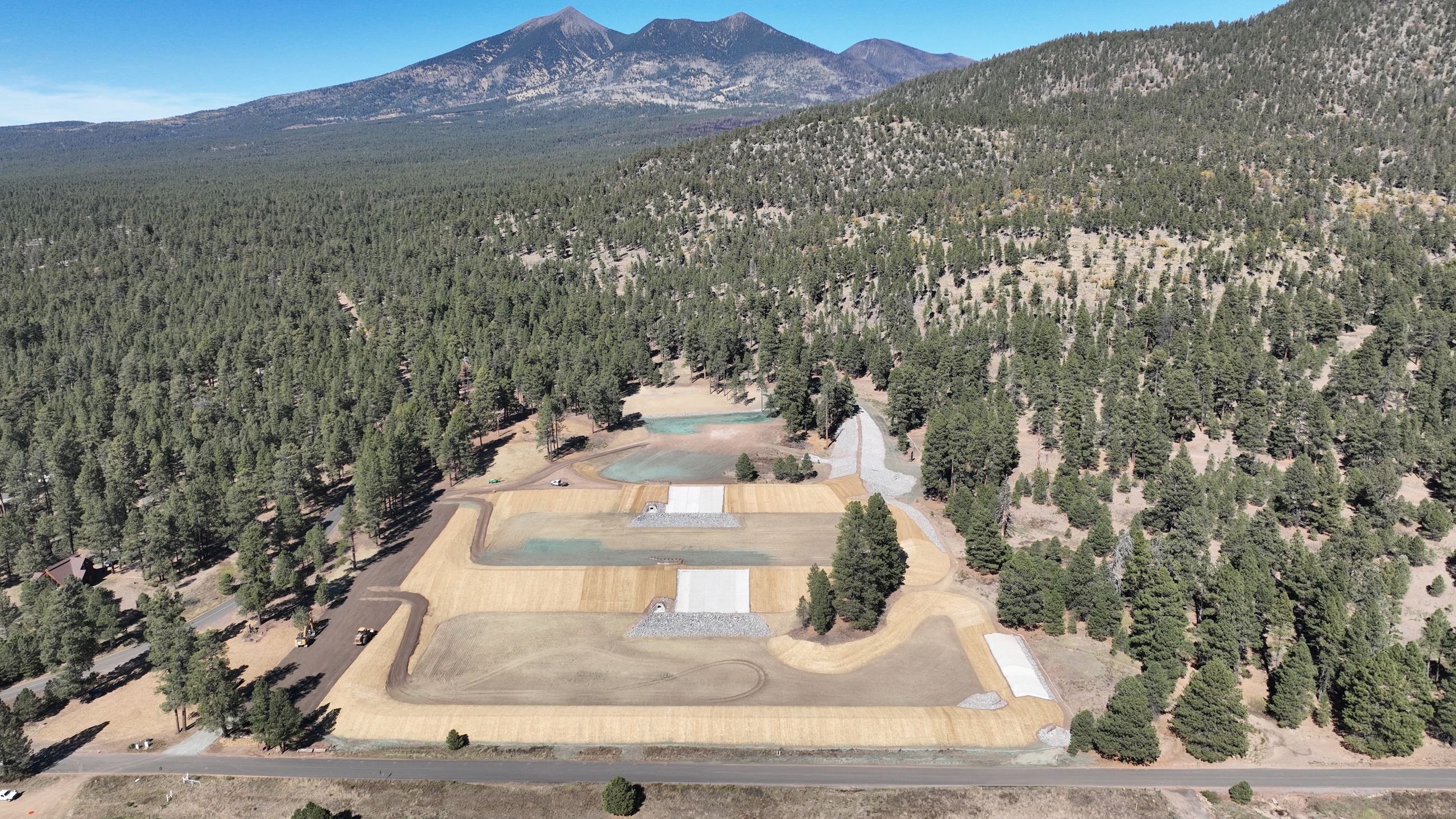 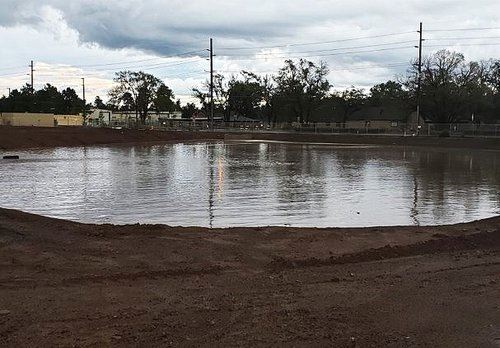 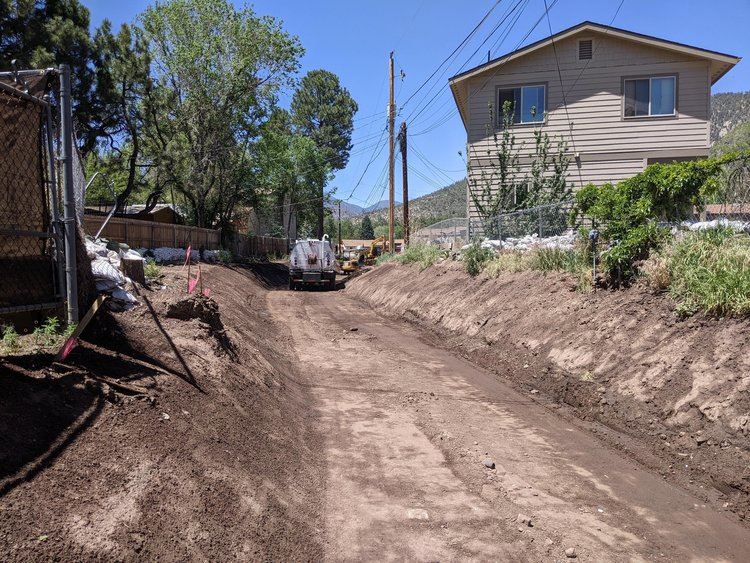 Review the public notice of proposed new or increased fees related to stormwater rates here. This amendment will be discussed during a Public Hearing in the City Council Chambers on Tuesday, January 31, 2023.

The City of Flagstaff has maintained a separate stormwater utility since 2003, which is funded primarily by a stormwater utility rate assessed on an Equivalent Rate Unit (ERU) basis. The current stormwater rate of $3.74/ERU generates just over $4M in revenue annually and was set in 2018 to provide debt servicing associated with the Rio de Flag Flood Control Project and to supplement the existing Stormwater Capital Improvement Program. Several events since the most recent rate adjustment have combined to make the current stormwater rate insufficient to meet current and future community needs. These events include post-wildfire flood mitigation needs, critical infrastructure upsizing needs in multiple drainage areas, deferred CIP projects identified in the 2010 Northeast Area Master Drainage Study, and rapidly increasing materials and construction costs worldwide. In this study, we intend to assess the overall financial condition of the stormwater utility and develop the appropriate rates to meet those needs.

1. Has there ever been a period in the City’s history when Federal grant monies have not been available through a grant (as indicated in your projections for 2024)?

Prior to the Infrastructure Bill, the only capital stormwater grant monies that were annually available were through FEMA, whose grant process heavily favored coastal communities. (Less than 20% of grant money typically went to non-coastal states.)

Even awarded grants often have long lead times in terms of signed agreements and fund availability. For example, Stormwater is still waiting on a 2019 FEMA grant agreement, three years after notice of award, and was only this last summer (2022) able to complete another 2019 FEMA grant due to delay in agreements from the FEMA office.

2. Has the City applied for the funds available through the Infrastructure Investment and Jobs Act for wildfire mitigation and recovery for the post-fire projects?

Yes, the City has applied for multiple projects and had two stormwater projects funded through the Infrastructure Bill in 2022. One project is for $1.5M for construction costs for the Killip regional flood detention basins (which will be used for the inlet at Ponderosa Park, due to timing needs), the other is for $1.2M for construction costs for the Santa Fe Avenue lateral drain. Both were announced in late spring 2022 and, as of this writing in January 2023, we are awaiting final agreements from the Army Corps. Future projects are hopefully funded through this process/opportunity. The City will be obligated to provide a 25% cash match paid out of the Stormwater Fund to each of the grants ($375,000 and $300,000 respectively).

3. What other state and federal resources has the City sought for stormwater infrastructure projects?

The City continues to seek disaster declaration damage reimbursements from DEMA (Arizona Department of Emergency and Military Affairs). These potential reimbursements are based on public damage that occurs during a State or Federally declared disaster.

The City also requests new items that are related to flood mitigation from a special one-time fund administered by DFFM (Arizona Department of Forest and Fire Management). Future funding in 2023 is available for new rain and stream early alert flood gauges.

Stormwater continues to apply for FEMA and DEMA grants through both BRIC (Building Resilient Infrastructure and Communities) and HMGP (Hazard Mitigation Grant Program). We will also receive one additional Emergency Watershed Protection (EWP) grant through the Omnibus Spending Bill that was passed in December.

4. Since we pay an assessment through our property taxes to the county for flood and storm water projects, why aren’t they partnering with the City on these projects?

The County Flood Control District has provided support to the City immediately after the 2019 Museum Fire and in 2020 and 2021 through sandbags, barrier, and engineering resources. The Flood Control District reduced their support in 2022 due to their huge resource needs outside of city limits related to the Pipeline, Tunnel, and Haywire Fires. The total flood mitigation needs in the region is severe (estimated over $100M) and requires support at the City, County, State, and Federal level as well as by non-profits to allow for meaningful life and safety risk reduction. Operations and maintenance of City-owned stormwater facilities is outside the jurisdiction and responsibility of the Flood Control District.

5. Why is the construction of a CIP identified in 2010 (Northeast Area Master Drainage Study) still on the list of projects to be constructed today?

Many capital projects identified in the 2010 master study, and through other avenues between 2003 and the present, have yet to be completed due to insufficient funding of the Stormwater CIP account. The current CIP funding is $600,000 a year (up from $400,000 a year between 2010 and 2018), which is about half of the funding needed for an individual project. Deficiencies identified in the 2010 master study still affect the community. Notably, one of the most damaging flood events in 2021 was not in a post-wildfire burn area but in east Flagstaff in a “choke point” on Fanning Wash identified in the 2010 study as a problem area. This deficiency led to the infamous Prius video that made headlines nationally.

6. Do nonprofit facilities fall into the commercial property rates or is there any type of exemption for them?

The Stormwater Utility was created in 2003 as a public utility; as a utility, there are no exemptions to utility rates. This was formalized in a 2010 court case where the constitutional basis for a stormwater utility was upheld by the Arizona Court of Appeals and a determination made that all utility customers need to be charged in a nondiscriminatory manner (including no exclusions for certain groups, governments, or entities). Fees can be reduced using the Stormwater Credit Manual.

7. Can you provide the public with a breakdown of the cost of storm water capital projects?

A breakdown of the proposed capital projects is posted at the bottom of this webpage and will be provided in the January 31 Council work session. The majority of the proposed Stormwater rate adjustment is for operations and maintenance, with only a portion dedicated to capital projects. The projects to be presented on January 31 are similar to those presented in October and November to City Council but with some reduction in projects to provide a lower Stormwater rate and to reflect the capacity of staff to deliver multiple projects a year. (See recordings of these presentations under the Public Outreach Videos tab to the right.)

8. How is my stormwater fee calculated?

The current fee for residents within the city is $3.74/ERU. Three options are being presented to adjust this rate based on a number of factors. Click on the link at the top of this page for the two-sided informational flyer to learn more about what each of these scenarios might look like.

Increased fire and flood events over the past few years have made current infrastructure insufficient. The resulting demand on operations – staffing and equipment – has also surpassed current capacity.

Increasing the stormwater rate will allow the city to address recent drainage/flooding issues caused by 2019 Museum Fire and 2022 Tunnel and Pipeline Fires. Pre-season flood mitigation – sandbags, jersey barriers, clearing out drainages – are required to proactively avoid flood events during summer monsoon season. Regular maintenance work to clear out flood detention basins will be required. This will also allow some of the Capital Improvement Projects (CIP) identified in the 2010 Northeast Area Master Drainage Study (NEAMDS) to move forward, which will reduce flood response operations costs. The top rated 37 projects identified by the NEAMDS have a current cost estimation of $74.4 million. The current annual capital funding allotment for stormwater is $600,000 per year, which does not cover the needs.

The new retention basins for flood mitigation will require regular maintenance, such as Spruce Wash and Shultz Creek, and will also be covered by the proposed rate increase.

10. What is the increase being spent on?

The stormwater section has incurred increased responsibilities in flood mitigation and flood response, with ongoing maintenance requiring dedicated staff and equipment. The proposed rate increase would be used to increase capital funding for permanent flood mitigation measures such as larger storm drains and improved water detention facilities. Priority project areas in the next 6 years include the Rio de Flag, spot improvements, Museum and Pipeline Fire burn scars, current projects identified in the NEAMDS study, and future projects as they arise.

The additional funding would also go toward increased operating cost for pre-season flood mitigation, staffing and equipment cost, and master planning. Without significant increases to the rate, the stormwater fund will not be able to meet the community’s stormwater needs within the next six years.

11. Why is this rate increase important?

The rate increase allows necessary work to continue in Flagstaff as climate change presents more frequent and intense wildfires and flooding. The upgrades to infrastructure will better equip our community to withstand post-wildfire flooding in the future. Flood waters, along with the mud and debris carried with them, pose an environmental and health hazard risk, as well as infrastructure and property damage. The rate increase will support pre-flood mitigations, flood response and work toward infrastructure to mitigation future flooding, keeping water in channels designed to handle the flows.

12. Will this rate increase cover all of the Stormwater section’s needs?

The rate increase will fund a portion of stormwater infrastructure needs. Other infrastructure needs will be addressed within the capital budget, bonds, and grants. See the rate adjustment study to the left for graphs that break down how different funding sources will be used. Customers can also download a two-sided informational flyer here.

13. Are the stormwater rates part of property tax?

The stormwater rate is part of customers' monthly utility bill. Residents can see the line item charges, including stormwater, on their bill. It is not a property tax.

Download the most recent version of the presentation from January 31, 2023, here (PDF).